California Sports and Orthopaedic Insitute's Andrew Simpkins, ATC and Melissa Chancellor, PA-C have recorded this video to introduce our surgery patients to the knee brace designed to help with their recovery. For more information on the resources Andrew can provide to help with your recovery,  click here.   … END_OF_DOCUMENT_TOKEN_TO_BE_REPLACED 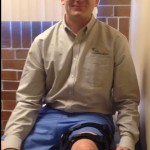 California Sports and Orthopaedic Insitute's Andrew Simpkins, ATC and Melissa Chancellor, PA-C have recorded a new video to introduce our shoulder surgery patients to the shoulder sling designed to help with their recovery. For more information on the resources Andrew can provide to help with your recovery,  click here. … END_OF_DOCUMENT_TOKEN_TO_BE_REPLACED 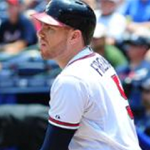 The MLB is using PRP injections to help their players recover from injury and get back in the game. Come see the docs at Cal Sports & Ortho to discuss how this cutting-edge technique can help your body heal itself. Freeman (wrist) receives PRP injection … END_OF_DOCUMENT_TOKEN_TO_BE_REPLACED 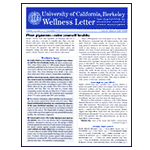 The U.C. Berkeley Wellness Letter just celebrated 30 years of publishing one of the most successful and trusted health newsletters in the country. Through it, the experts at the School of Public Health at U.C. Berkeley has brought nationwide awareness to issues surrounding health promotion and disease prevention since its creation in 1984. As an extension of that publication, they have recently launched an award-winning website, berkeleywellness.com To ensure that every article published has … END_OF_DOCUMENT_TOKEN_TO_BE_REPLACED

This New York Times article, Shots Beat Bills for Knee Arthritis Relief, confirms what we have found to be true at Cal Sports, that injections can be an effective tool in pain relief for patients with knee arthritis. Give us a call to schedule an appointment with one of our specialists to discuss what the best treatment is for managing your arthritis. … END_OF_DOCUMENT_TOKEN_TO_BE_REPLACED 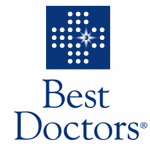 Based on an extensive, impartial, peer-review survey that involve thousands of doctors nationwide, Dr. Eppley was named among the top 5% of U.S. Doctors. Physicians cannot pay to be listed in this registry, it is based on the opinion of his peers: Reviewed and elected by their peers Clinically and academically accomplished Affiliated with national and global centers of excellence, including Dana Farber, Baylor, Memorial Sloan-Kettering, Johns Hopkins and other leaders. Leading medical … END_OF_DOCUMENT_TOKEN_TO_BE_REPLACED